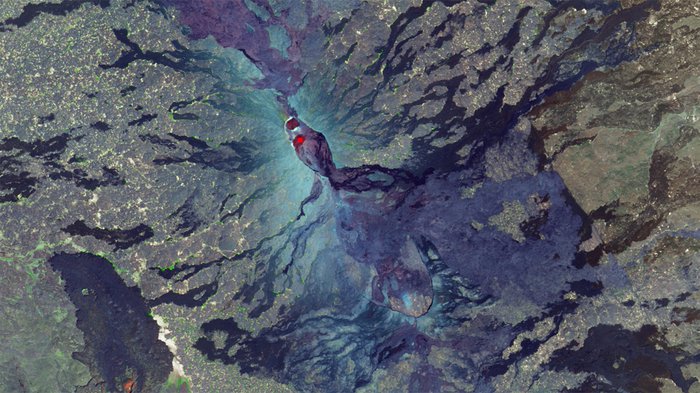 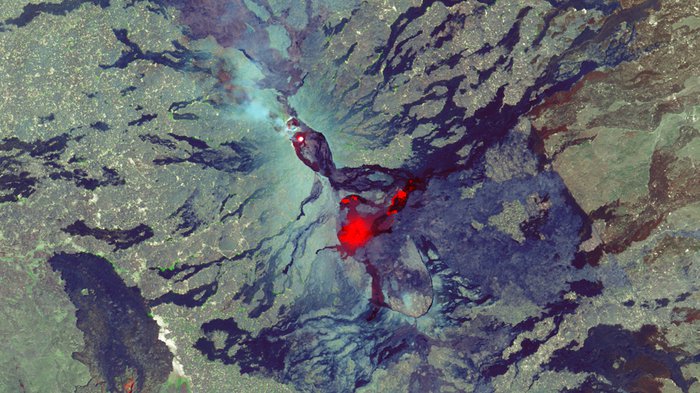 In early 2017, the Landsat 8 satellite captured volcanic activity at northern Ethiopia’s Erta Ale, a shield volcano near the Eritrea border. Translated into “smoking mountain” with a vent called “the gateway to hell,” Erta Ale oozed a lava lake on Jan. 10 (left) that outgassed on Feb. 11 (right). Landsat also detected other hot spots on the southeastern slope of the volcano, as shown in the Feb. 11 image. The satellite’s shortwave infrared (SWIR) signal infers increased temperatures where new lava is either at very shallow depths below the surface or gurgling to the surface.