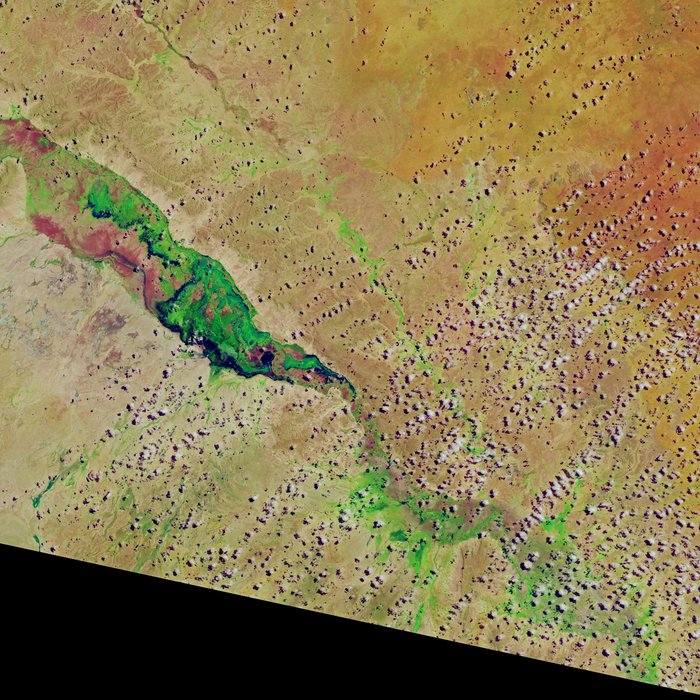 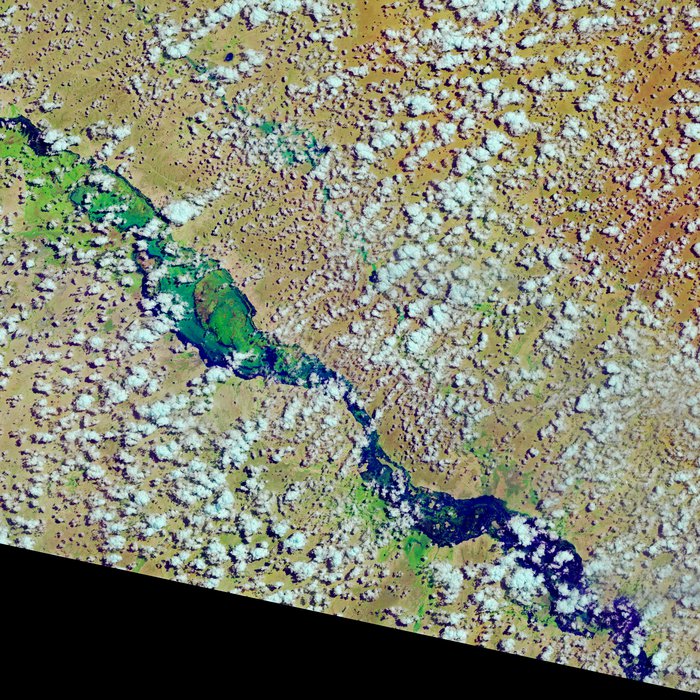 Hundreds of thousands of people in eastern Africa have been affected by heavy rains and devastating floods in April and May, especially near the Shebelle and Jubba rivers. Originating in Ethiopia, they are Somalia’s only perennial rivers and serve as fertile plains for crop production.

Flooding burst the banks of the Shebelle River in several locations, destroying houses and crops and causing more than 120,000 people to flee their riverside homes since April 2018. The images above show the Shebelle River on May 17, 2015 (a relatively normal year) and on May 9, 2018. These false-color images (bands 6–5–3) were captured by the Operational Land Imager (OLI) on Landsat 8.