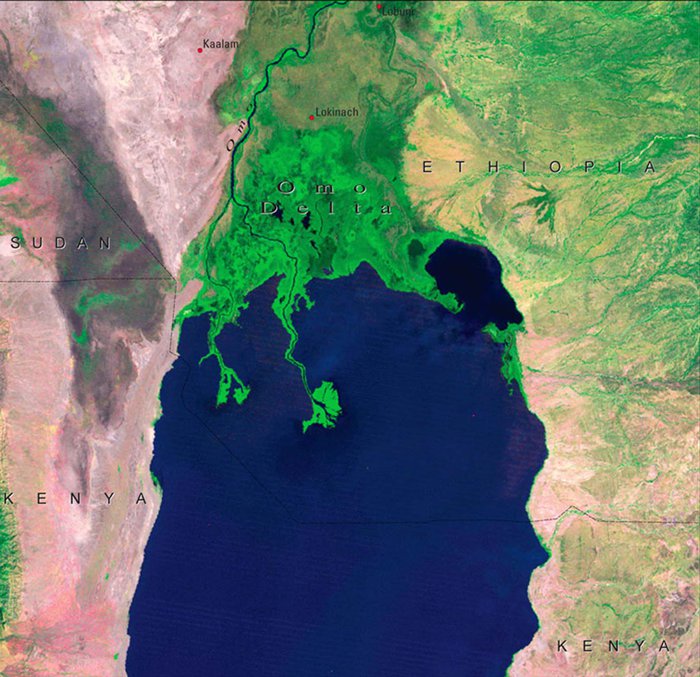 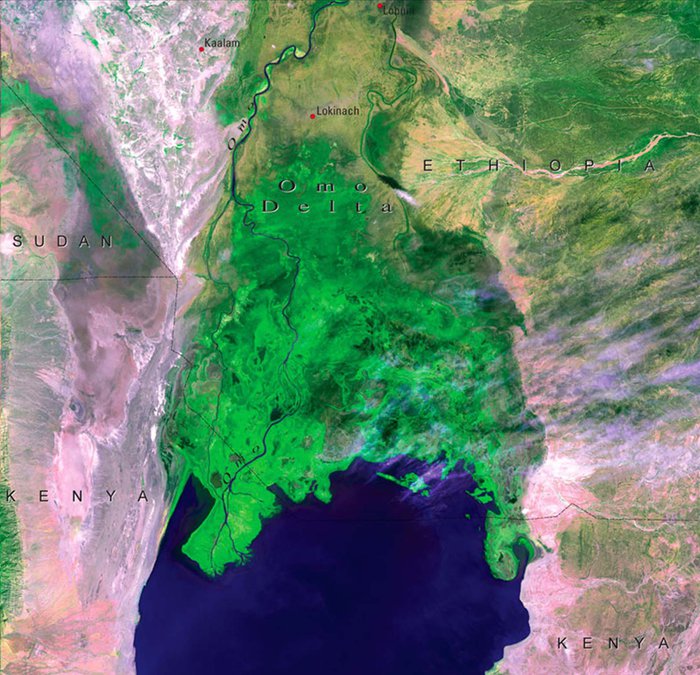 The Omo Delta, at the north end of Lake Turkana, a lake now located mainly in Kenya. In 1973, the delta was contained entirely within the boundaries of Ethiopia. By 2005-2006, the southernmost point of the delta had moved roughly 12 kilometers (7 miles) to the south, and had crossed the Ethiopia-Kenya border. Reduced lake levels — from less rain, more diverted upstream water, and increased evaporation due to higher temperatures — are believed to be the primary cause, with an increase in sediment from agricultural activities also contributing. The expanded delta has provided new land for 20,000 Dassanech people, the area’s traditional inhabitants. But severe flooding in 2006 killed 100 of them and destroyed houses, crops and infrastructure.