The WMO has just released an Atlas of Mortality and Economic Losses from Weather, Climate and Water Extremes (1970–2019) assessing the impacts of disasters over the past 50 years. We decided to look at what the data looks like for our region, but first, let’s look at some of the global findings.

Climate change leads to more extreme weather, but we got better at early warning, and this saves lives.

According to the WMO, this is the most comprehensive review of mortality and economic losses from weather, water, and climate extremes to date.

Now, let's look at what the data looks like for Eastern Africa.

We analyzed the data for our region and below are some of the highlights.

The 1980" was the decade that recorded the highest amount of deaths. Over 400,000 people died due to climate hazards.

The amount of people affected by disasters is going up.

Damages caused by disasters are going up too.

There is an upward trend in the frequency of disasters. 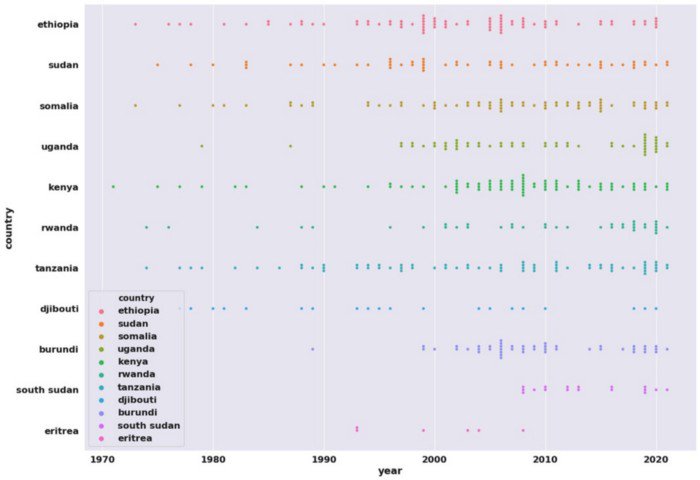 Floods are the most common disaster in our region. 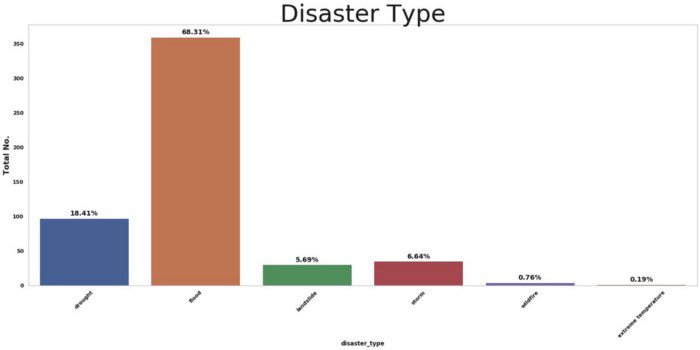 The most common are riverine floods. 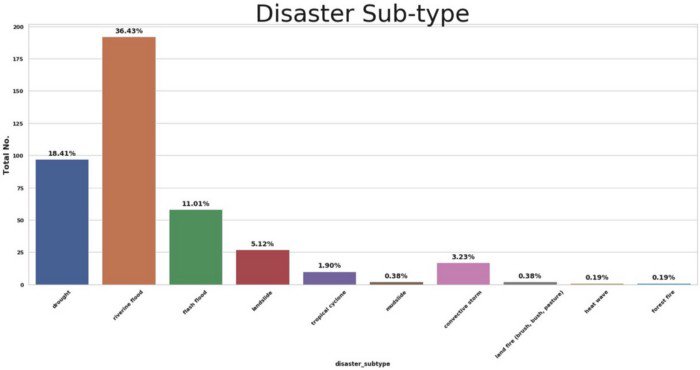 However, drought remains the most deadly disaster. 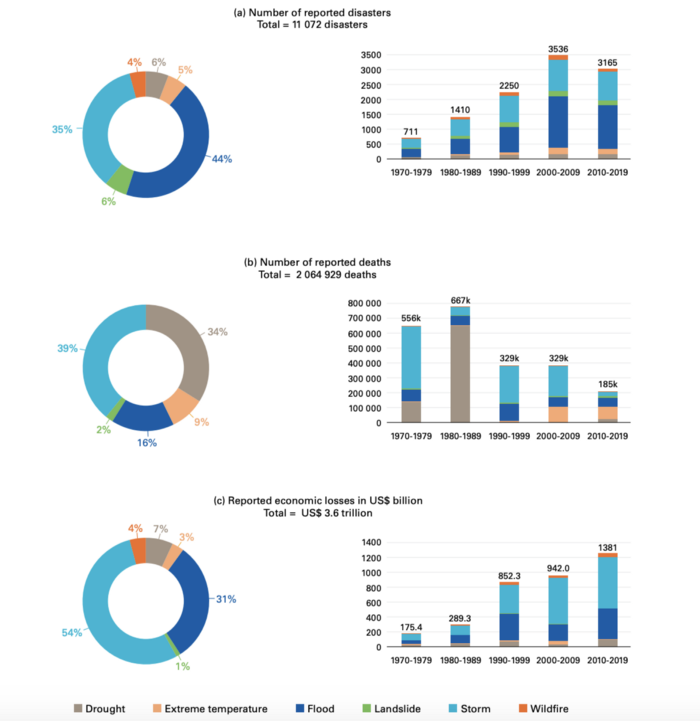 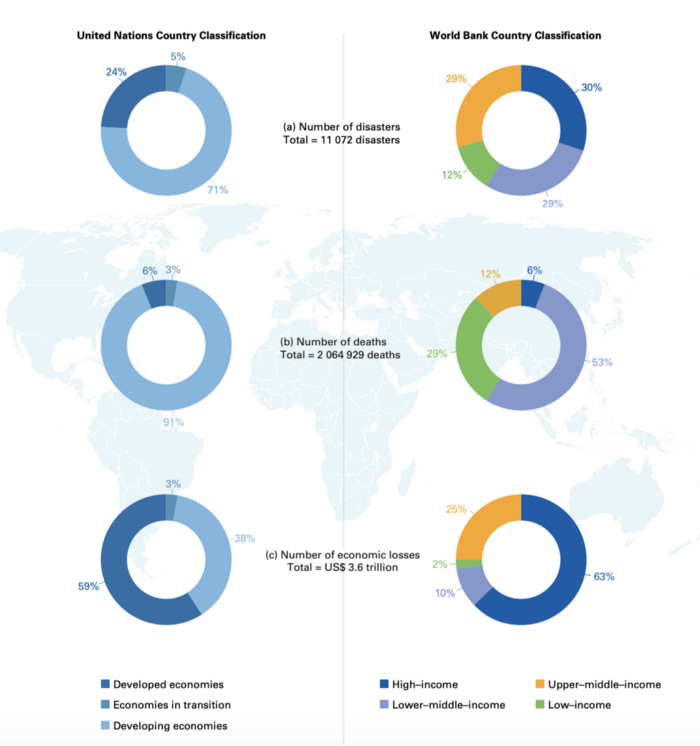 WMO Atlas of Mortality and Economic Losses from Weather, Climate and Water Extremes (1970–2019)