Crop destruction continue to been reported in Ethiopia and Somalia. Most affected crops have been sorghum and maize crops at vegetative and ripening stages. 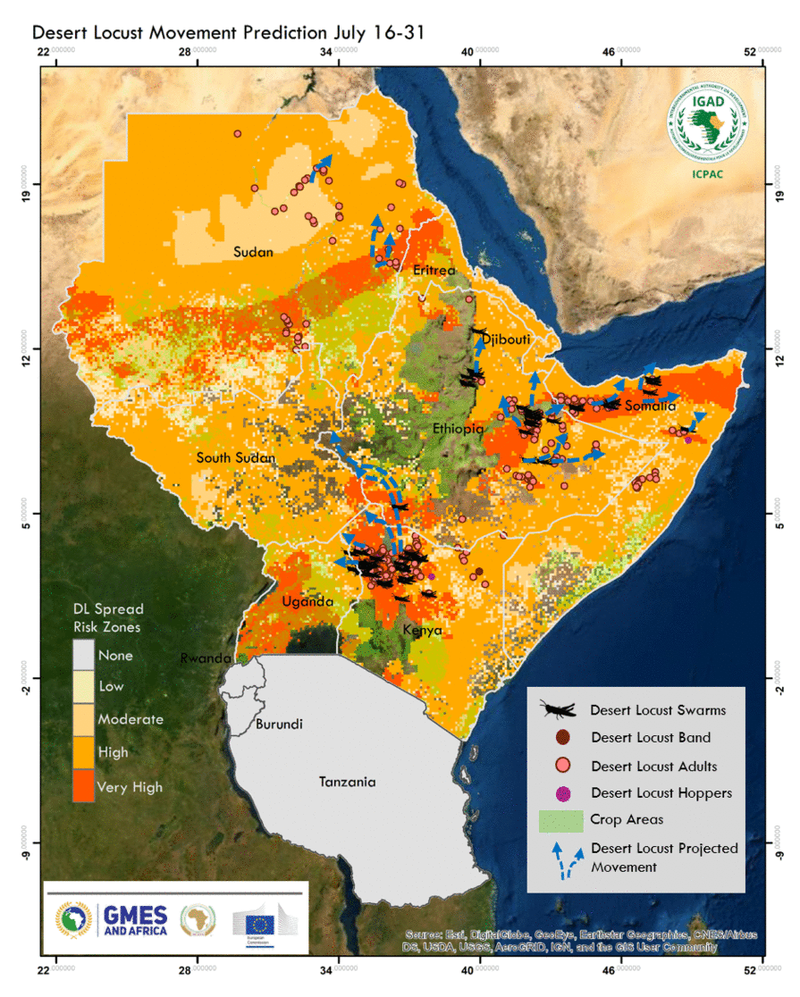 Ecological conditions (particularly the availability of green vegetation) are most suitable in parts of north-western Kenya, South Sudan, Ethiopia and northern Somalia due favourable rainfall received in the season which enhanced vegetation regrowth.

Wind direction and speeds, which greatly determine swarm movement, is forecast to be southerly and south-westerly in most parts of the region. Sudan has varying winds movement in the northern part which is likely to affect adult locust movement as they transition to breeding areas. There is low risk for invasion for the southern and equatorial parts of the sub-region and increased risk in northern countries of the region following the wind movement.

Intermittent multi-directional winds might favour swarms to move in opposing directions during the projection period.

Highest risk areas for desert locust swarms and adult locust invasion based on forecasted suitable climate and existing vegetation conditions are outlined below: 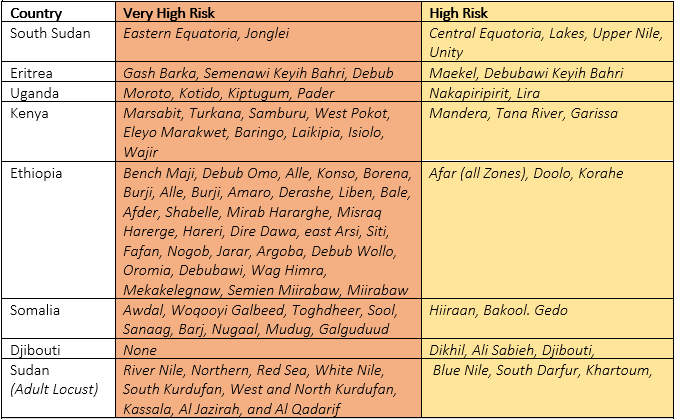