Drier and Warmer Season Forecasted to Continue Across Eastern Africa 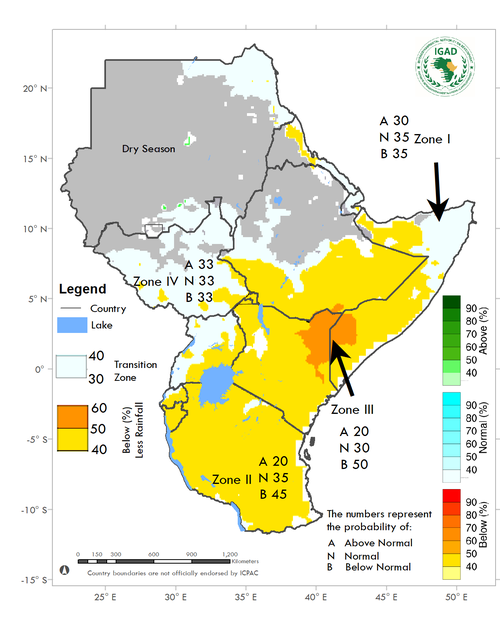 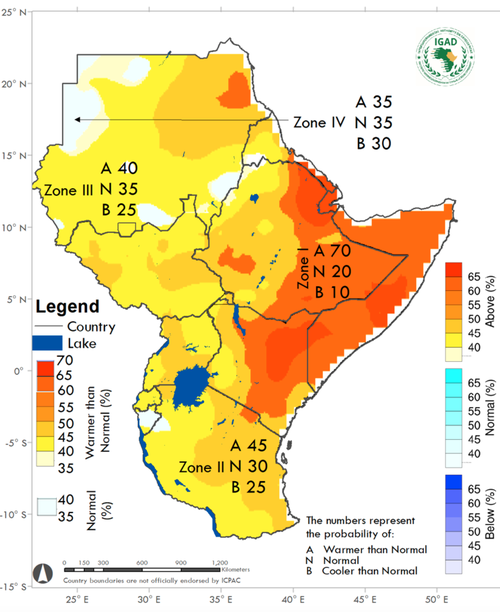 26 August 2021, Nairobi: The upcoming rainfall season, October to December, is an important season for Uganda, Kenya, northern Tanzania, southern and central Somalia, southern Ethiopia and South Sudan, Rwanda, and Burundi. For some of these countries, this is the main farming season and it represents up to 70% of the total annual rainfall.

A drier than usual season is forecasted across Eastern Africa from October to December 2021. In particular, in Tanzania, Burundi, Rwanda, Kenya, southern, central, and north-western Somalia, southern and south-eastern Ethiopia, and the Red Sea coast of northern Eritrea. Of particular concern are the drier than usual conditions forecasted over the cross-border areas of Kenya and Somalia.

2021 is being, and expected to continue to be, a drier than usual year for the majority of the region. Observations of rainfall over the past months reveal that the region has been facing rainfall deficits in many parts of central and southern East Africa and this is forecasted to continue until December 2021. Past observed deficits, coupled with our forecast indicate moderate to severe drought conditions in the region, in particular over Uganda, south-western Ethiopia, eastern Kenya, southern Somalia, and Tanzania.

The start of the season is expected to be delayed by up to 2 weeks, especially over eastern Kenya and southern Somalia. The forecast indicates that South Sudan, north-western Uganda, and south-western Ethiopia could receive over 200 and 300 mm during the entire season. There is a lower than usual chance of exceeding 200 and 300 mm over most other regions, in particular over eastern Kenya and southern Tanzania.

Besides the dry conditions, warmer than usual temperatures are expected across the region. In particular in eastern Kenya to Somalia, eastern parts of Ethiopia, and eastern Sudan.

The food security and nutrition situation is likely to worsen especially in the Arid and Semi-Arid regions, requiring the need for expanding humanitarian assistance and interventions across the region. Generally, poor rains, late-onset, coupled with other non-climatic drivers like COVID-19, economic shocks, and conflict present poor prospects for farming across the region. More than 30 million people in the region will likely be highly food insecure (IPC Phase 3+) and in need of urgent assistance through 2021.

Considering the ongoing simultaneous humanitarian emergencies impacting the region, including the COVID-19 pandemic, regional and national authorities are encouraged to use this seasonal forecast to develop contingency plans and update them with weekly and monthly forecasts provided by ICPAC and National Meteorological Services.

Note to editors: The 59th Greater Horn of Africa Climate Outlook Forum (GHACOF59) was convened online on the 26th of August by ICPAC (IGAD Climate Prediction and Applications Centre) in collaboration with the National Meteorological and Hydrological Services in the region and other partners to issue the October - December 2021 seasonal forecast. The virtual forum brought together climate services providers and users from key socio-economic sectors, governmental and non-governmental organizations, decision-makers, climate scientists, and civil society stakeholders, among others, to discuss impacts and mitigation measures for the upcoming season.