Gender and Climate Change: Why Women are Getting the Short End of the Stick 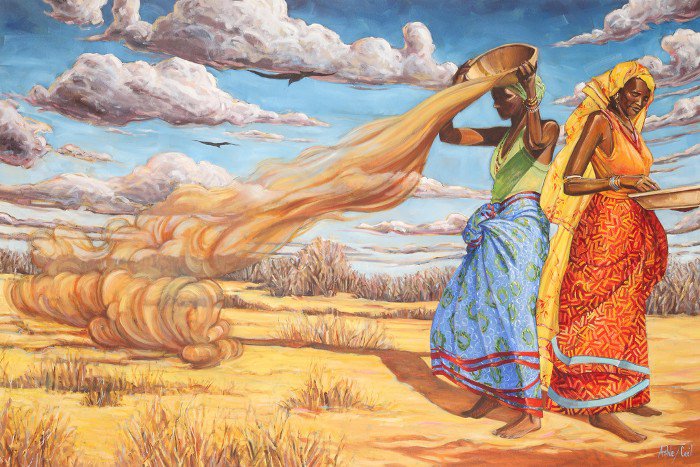 Climate change remains one of the greatest global challenges of the twenty-first century. From shifting weather patterns that threaten food production to rising sea levels that increase the risk of catastrophic flooding, the impacts of climate change are global in scope and unprecedented in scale if they remain unchecked. Today, climate events are already exacerbating poverty levels through price shocks, livelihoods disruptions, low agricultural production, damage to assets and infrastructure, massive displacement, and health shocks, including deaths and diseases. In light of this, it is projected that climate change will likely drive over 100 million people into poverty by 2030 [1], with Sub-Saharan Africa presenting areas of acute threat due to high concentrations of the global poor.

While both women and men are likely to be affected by the impacts of climate change, the impact on both sexes is not the same, with women increasingly being seen as more vulnerable compared to men. This vulnerability stems from a number of factors — social, political, economic, and even cultural.

Firstly, climate change and poverty are inextricably linked. Those in poverty tend to be more exposed and vulnerable to climate-related shocks. Their livelihoods are negatively impacted by natural disasters that destroy assets and livelihoods, crop failure due to below-average rainfall, high food prices which compromise access to food, crop, and animal pests among others. In this context, although many data gaps remain, women are believed to be more vulnerable to extreme poverty compared to men.

In Uganda, for instance, women account for just 39% of human capital wealth compared to men, who account for 61% [2]. This is due to the different roles men and women play in society which exposes them to varying needs, opportunities, and constraints. Social-cultural norms in many societies restrict women’s access and control over productive assets such as land — a critical resource for poverty reduction, food security, and rural development.

Secondly, women’s livelihoods, particularly in developing countries, are often disproportionately dependent on natural resources that are sensitive to climate variability. In Africa, agriculture — a highly climate-sensitive sector — supports the livelihoods of more than half of the continent’s population, and is the leading contributor to the continent’s GDP [3]. Comparably, in Kenya, over 75% of the country’s population is believed to make a share of their living from agriculture [4], and in Ethiopia, the sector accounts for over 85% of the country’s total labour force [5]. Within this, women play a vitally important role as farmers on their own account, unpaid workers on the family farm, and as paid or unpaid labourers on other farms and agricultural enterprises, all of which is considered agricultural labour force [6]. Recent estimates indicate that, on average, women account for 43% of the agricultural labour force in developing countries. In Sub-Saharan Africa, however, women have relatively high overall labour force participation in agriculture, averaging around 50% [7].

For example, in Uganda, 76% of women, compared to 62% of men, work in the agriculture sector [8]. Generally, it is estimated that more than 60% of employed women in Sub-Saharan Africa work in the Agriculture sector [9]. Considering to a significant extent, women’s participation in agriculture remains a contested matter, with various actors arguing that labour force statistics tend to underestimate their participation because women are less likely to report themselves as employed in agriculture, it is likely that an even larger proportion of women are dependent on the sector.

Thirdly, limited spatial mobility of women puts them in a position of higher vulnerability to climate change. Socio-cultural norms and childcare responsibilities prevent women from seeking refuge away from their homes in case of a climate-induced disaster. Markedly, women’s disaster mortality has been found to be much higher than that of men. For example, 90% of the fatalities from the 1991 Cyclone Gorky in Bangladesh were women. Similarly, four out of every five fatalities from the 2004 Indian Ocean Tsunami were women [10].

Lastly, women have limited access and control of environmental goods and services, which considerably contribute to economic, social, and political autonomy. Despite a shared understanding, to a notable degree, women are comparatively more dependent on scarce natural resources, and, as such, are well-placed to understand first-hand the importance of environmental sustainability and resources management. In spite of this, they have negligible participation in environmental policymaking and distribution of environment management benefits. According to the International Union for Conservation of Nature (IUCN), on average, women hold just 12% of top positions in environment-related sectors nationally, an under-representation that also extends to the sub-national and community levels [11].

Beyond this direct impact, climate change is exacerbating existing vulnerabilities among women. As the world continues to witness an increase in the frequency and severity of climate-induced shocks, women are also increasingly being confronted by the aftermaths of these shocks through loss of livelihoods, increased workload, loss of access to education and training, as well as sexual and gender-based violence (SGBV). A study by Mercy Corps in the Karamoja region of Uganda indicates an escalation of harmful practices such as domestic violence and child marriage during droughts or prolonged dry spells. 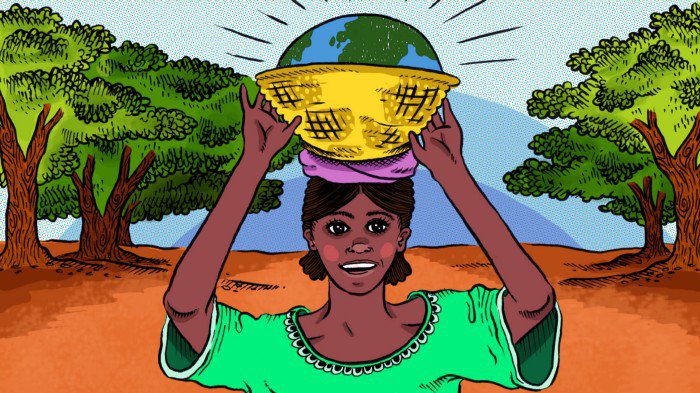 A good case in point is the applauded Mama Watoto Women’s Group which has been running an afforestation project in the Kakamega region of Kenya since 1991, resulting in conservation of biodiversity, prevention of soil erosion, and improved soil fertility. The initiative also contributes to climate change mitigation through reforestation efforts [12]. In the Niger Delta region of Nigeria, women have been actively involved in redressing the negative effects, including greenhouse gas emissions, caused by the operations of multinational corporations in the oil and gas sector. In 2002, women mobilised themselves at the community level and protested to stop these corporations from catalysing ecological destruction. Consequently, in 2006, Nigerian courts ruled that gas flaring violated the constitutional rights of Nigerians and ordered an end to the practice [13].

Notwithstanding the increasing understanding of women’s disproportionate vulnerability to climate change, and the critical contribution that they can make towards the achievement of sustainable solutions to climate change, women are still unable to exercise their rights as agents and beneficiaries of climate change action or response or to fully participate in the shaping of such actions and responses. It is therefore imperative that, going forward, climate initiatives at all levels pay special attention to the interlinkages between gender and climate change. Looking at the East Africa region, much more nuanced steps need to be made for this to be achieved.

There is a need to fully recognize women’s contributions as decision-makers, stakeholders, educators, caregivers, and experts across sectors, and at all levels. This can lead to meaningful and sustainable solutions to climate change. In the political space, for example, countries with higher female parliamentary representation have been found to be more likely to set aside protected land areas [14]. Meaningful participation of women in climate change action and response is therefore critical; otherwise, the effectiveness and sustainability of climate change projects and programs will remain undermined.

Next, women’s priorities and needs should be factored in strategic planning and funding by governments and development agencies to ensure gender-sensitive climate action and response. For this to happen, decision-makers at all levels need to involve women in the planning, financing, and implementation of climate change responses, including adaptation, mitigation, capacity-building, and technology transfer. Development agencies should consider gender-specific circumstances when developing and introducing technologies related to climate change adaptation. In this regard, efforts should be made to remove any economic, social, or cultural barriers that could limit women from utilising, and benefitting from them. Having women’s participation in the development of such technologies can ensure that this is achieved.

Furthermore, adaptation initiatives should identify and address gender-specific vulnerabilities to climate change, particularly in areas related to food security, access to water, agriculture, health, disaster management, and conflict. Other existing gender gaps that could be aggravated by climate change include access to resources like land, credit, agriculture extension services, early warning information, and technology, should also be taken into account [15]. Relatedly, adaptive actions should also aim to build up the asset base of women as assets play a key role in determining the degree to which populations are affected by climate change and can respond to it. Additionally, pro-poor programming is critical to building resilient livelihoods.

In sum, efforts should be made to ensure that both women and men contribute to, and equally benefit from climate change action and response.

[3] UNDP. Overview of Linkages between Gender and Climate Change. 2012

[6] The agricultural labour force includes people who are working or looking for work in formal or informal jobs and in paid or unpaid employment in agriculture. That includes self-employed women as well as women working on family farms

[11] IUCN. Gender and the Environment. What are the Barriers to Gender Equality in Sustainable Ecosystem Management? January 2020

[12] UNDP. Overview of Linkages between Gender and Climate Change. 2012

[13] Ekhator Eghosa. Women and Access to Environmental Justice in Nigeria. 2020