Very High Risk of Impacts to Crops and Rangelands

Very high risk of significant impact to both crops and rangelands in Ethiopia, Somalia, and Kenya due to the high numbers of swarms 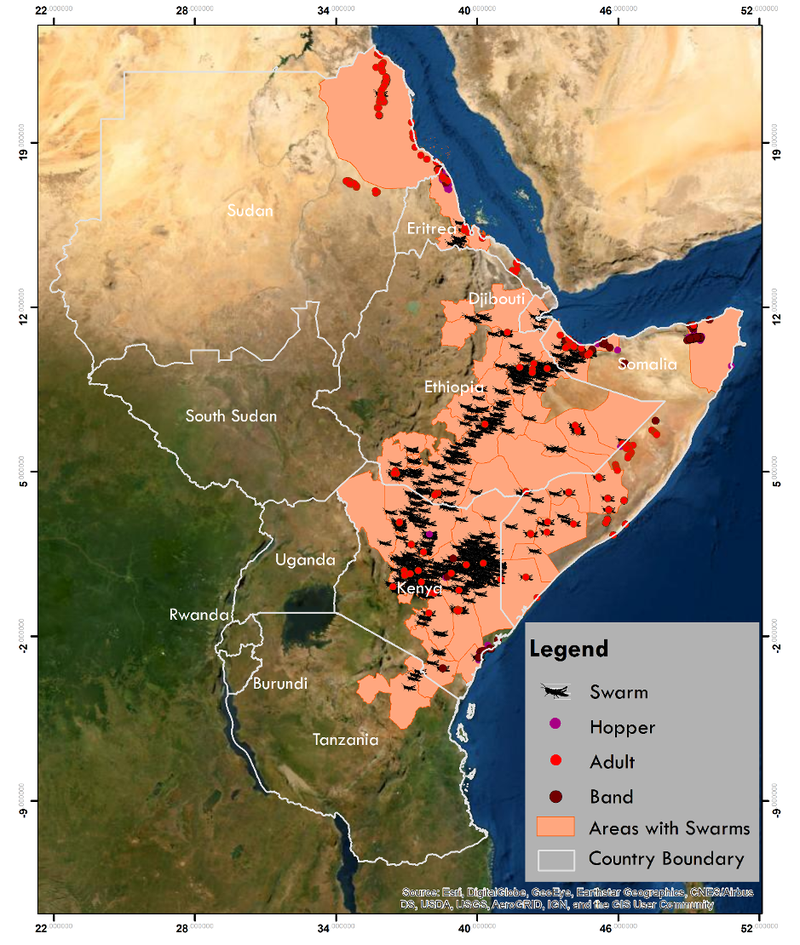 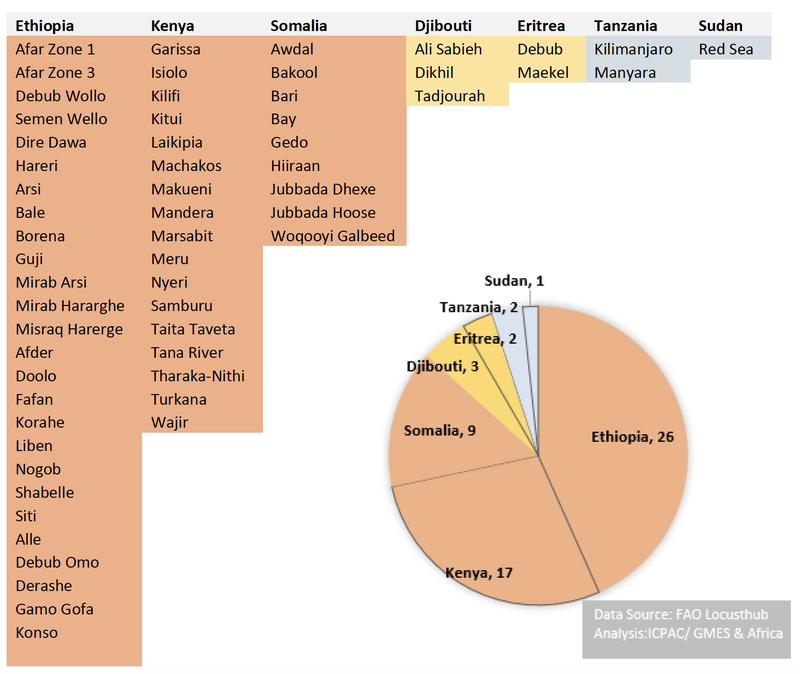 Highest risk areas for Desert Locust swarms and adult locust invasion based on forecasted climate conditions and existing vegetation suitable for an invasion are outlined below: 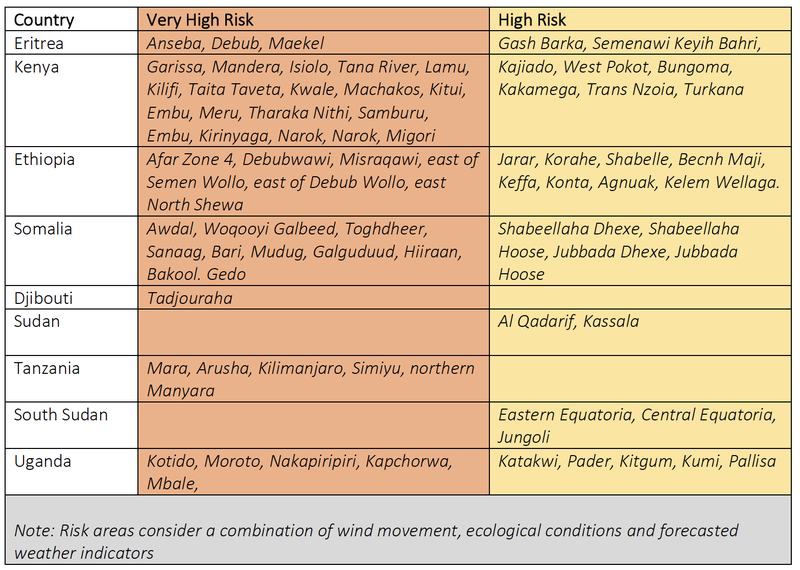