La Niña: forecasted drier than usual season poses risks to crops and livestock in some parts of the region

While East Africa is still battling multiple shocks, a drier than usual season due to La Niña could pose risks to crops and pastures in some parts of the region

Nairobi, 11 of November 2020: October to December is a major farming season for Kenya, southern Somalia, southern Ethiopia, Rwanda, Burundi, Uganda, and much of Tanzania. The drier than usual season might impact southern Ethiopia, northern and western Somalia, eastern and western regions of Kenya, northern Tanzania, and other sparse areas around the region. Drier than usual conditions are forecasted to continue until January 2021 due to a La Niña event in the Eastern Pacific Ocean. Although risks are uneven across the region, stakeholders are advised to remain vigilant since the risk of receiving lower than usual rainfall in some farming areas comes at a time when some countries are still facing the impacts of desert locust, floods, and COVID-19.

For farming communities, this could lead to poorer than usual harvests, due to reduced rainfall when crops are at the reproduction stage. The resulting poor nutrition status may reduce the immunity of all age-groups, further complicating the vulnerability to the possible effects of COVID-19. For pastoral communities, poor rains could lead to a shortage of pastures and water for livestock, consequently leading to scarcity of milk and meat production, and declining livestock prices due to poor body condition. The overall poor food and nutrition security could increase the levels of acute malnutrition among infants and young children. Atypical cross-border livestock migrations may spark resource-based conflicts.

Poor production prospects could undo the gains made from the past two favourable seasons and could lead to a deterioration in food security in some parts of the region in early 2021. There are already 29.5 million people in IGAD countries who are in urgent need for food assistance (IPC Phase 3 and higher). The region also hosts 44.8 million people currently Stressed (IPC Phase 2). These are very vulnerable to climatic shocks and can easily slip into Crisis (IPC Phase 3).

La Niña refers to cooler than usual ocean temperatures in the eastern part of the Pacific Ocean, which occurs on average every 3 - 7 years. It usually affects temperatures, precipitation, and storm patterns in many parts of the world. In East Africa, La Niña results in drier than usual seasons. According to the World Meteorological Organization (WMO) the current La Niña event could last until 2021 and is expected to be moderate to strong. The last time there was a strong La Niña was in 2010-2011, followed by moderate events in 2011-2012 and 2017 - 2018. 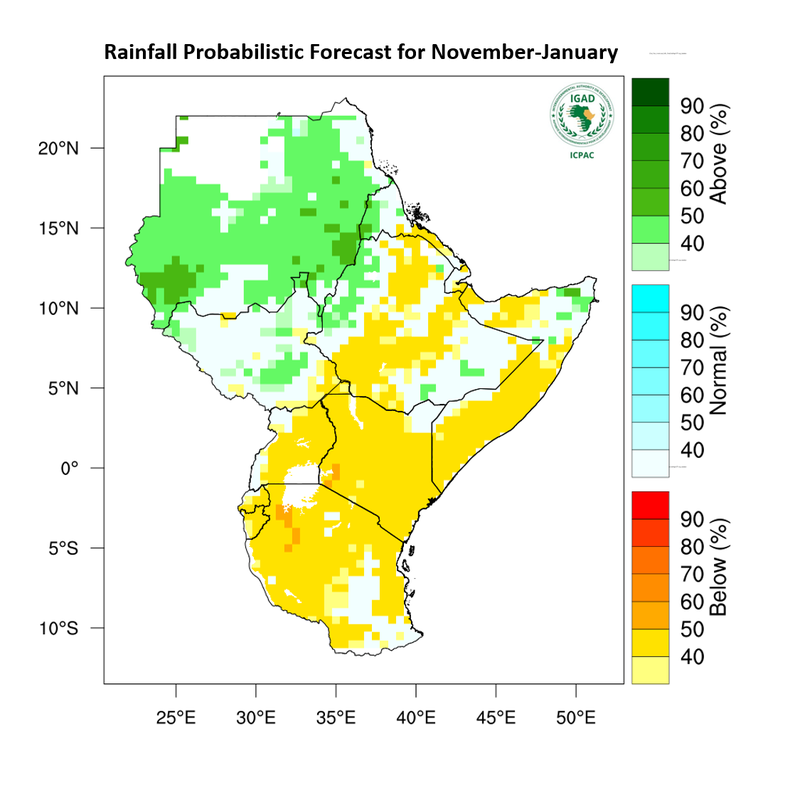 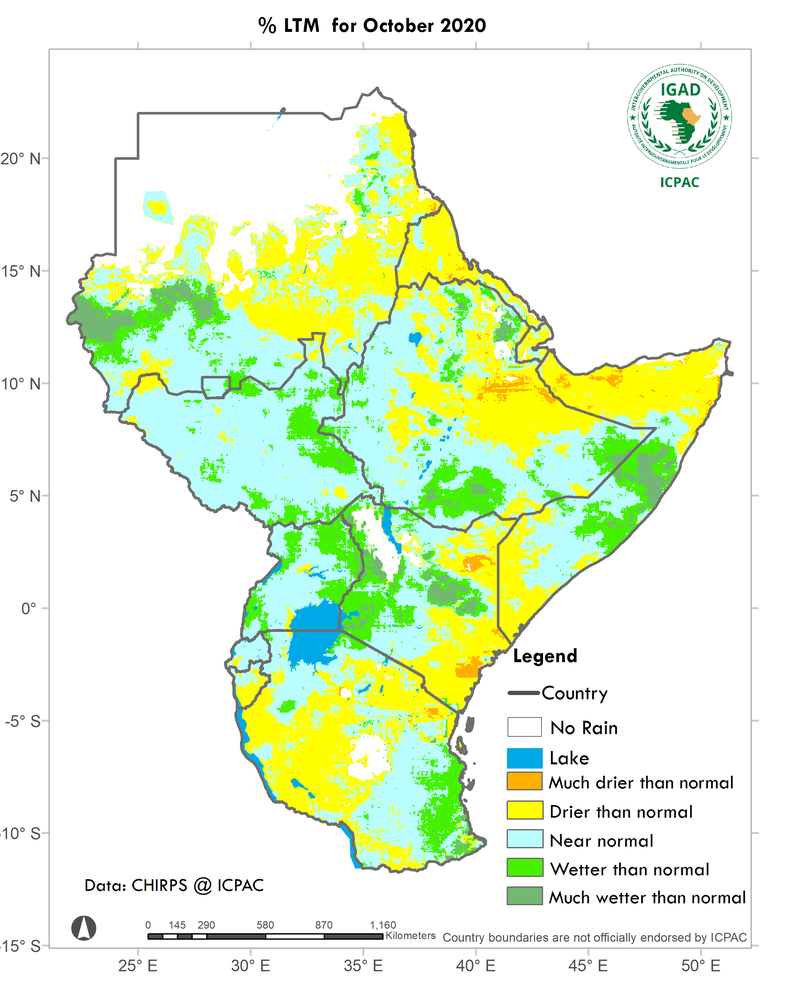 The Standardized Precipitation Index (SPI) is a widely used index to characterize meteorological drought on a range of timescales. 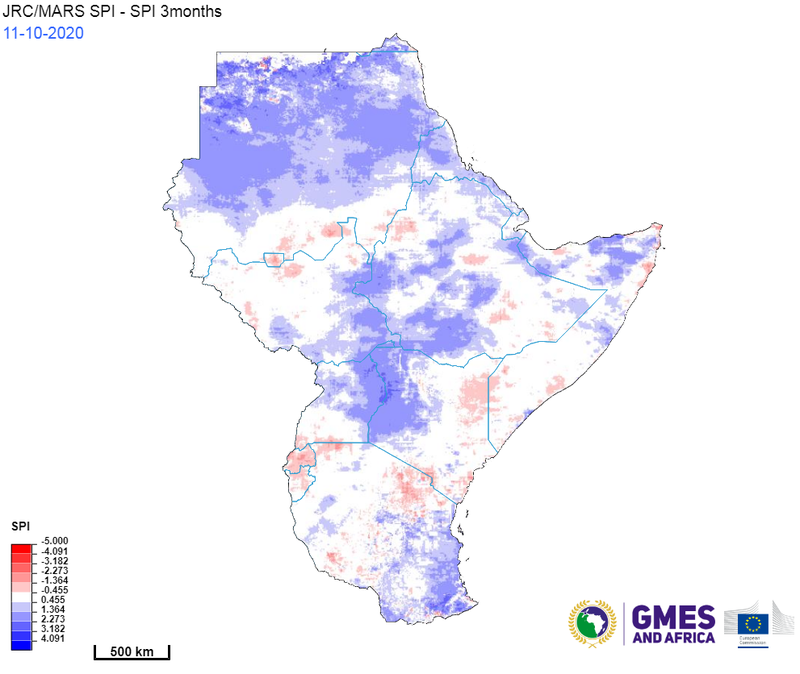