A drier than usual season is expected in most parts of the region, including Tanzania, Burundi, Rwanda, most of Uganda, Kenya, southern, central and north-western Somalia and southern Ethiopia.

Nairobi, 26 of August, 2020: October to December is an important rainfall season for Burundi, Kenya, Rwanda, Somalia, Tanzania, Uganda, and southeaster Ethiopia. A drier than usual season is expected in most parts of the region, including Tanzania, Burundi, Rwanda, most of Uganda, Kenya, southern, central and north-western Somalia and southern Ethiopia. A wetter than usual season is expected in coastal area of Sudan along the Red Sea. Small chances of higher than usual rainfall over western Uganda and northern Somalia.

Rains are expected to start late (compared to the 1981-2010 average onset) over Tanzania, Burundi, eastern Kenya, southern and central Somalia and southeaster Ethiopia. On the other hand, rains are expected to start earlier than usual over southern Uganda, Rwanda, western Kenya and the area centred around the border intersections of Uganda, South Sudan, Ethiopia and Kenya.

Considering the ongoing simultaneous emergencies affecting the region, including floods, the desert locust invasion and the COVID19 pandemic, regional and national authorities are encouraged to use this seasonal forecast to adjust contingency plans, and to update them with ten days and monthly forecasts provided by ICPAC and the National Meteorological Services.

Note to editors: The Fifty-six Greater Horn of Africa Climate Outlook Forum (GHACOF56) was convened online on the 26 of August 2020 by the IGAD Climate Prediction and Applications Centre (ICPAC) in collaboration with the national meteorological and hydrological services in the region and other partners to issue the October to December 2020 rainy season forecast for the region. The virtual Forum brought together climate services providers and users from key socio-economic sectors, governmental and non-governmental organisations, decision-makers, climate scientists, and civil society stakeholders to discuss impacts and mitigation measures for the upcoming season. 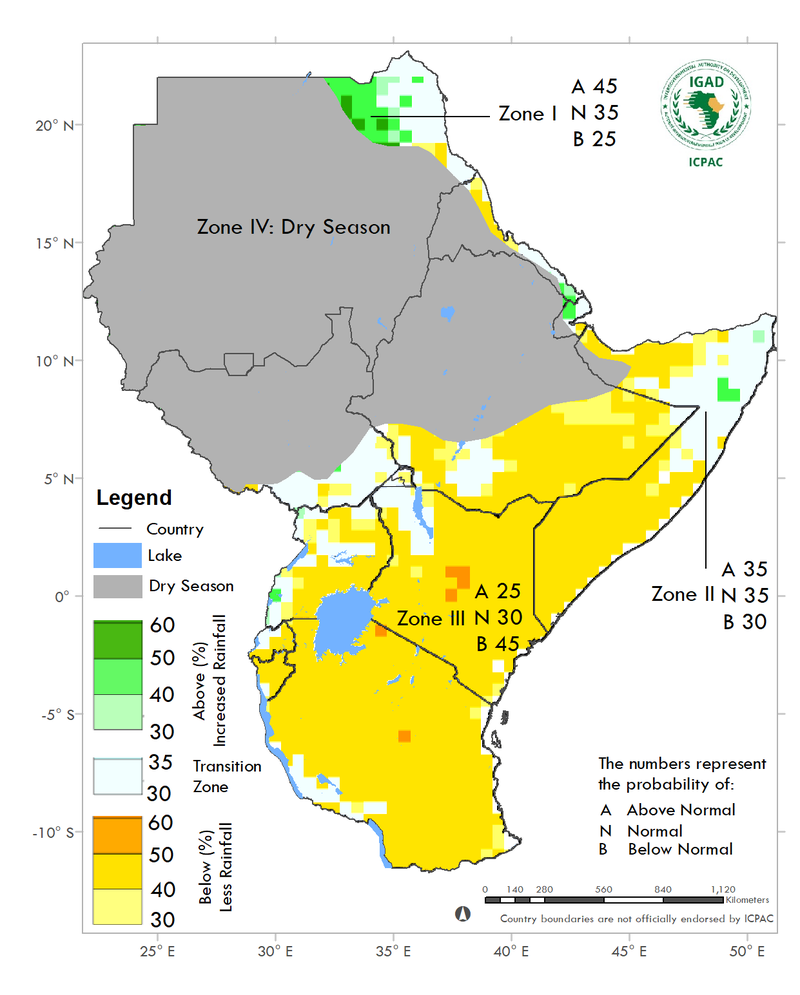 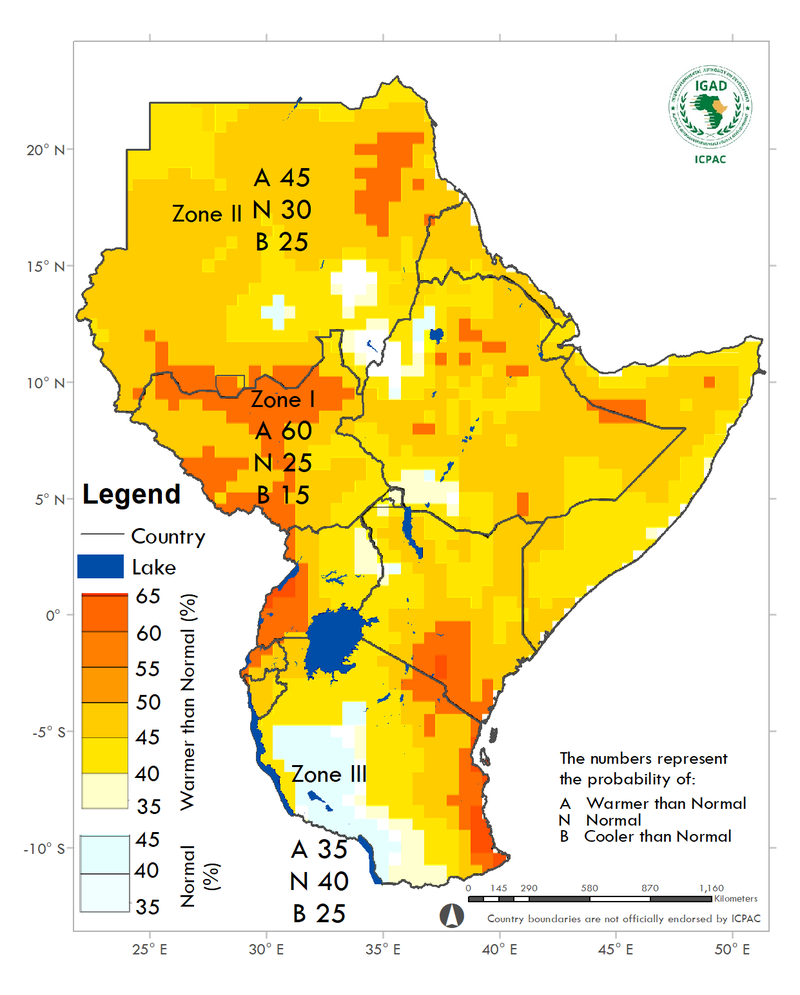 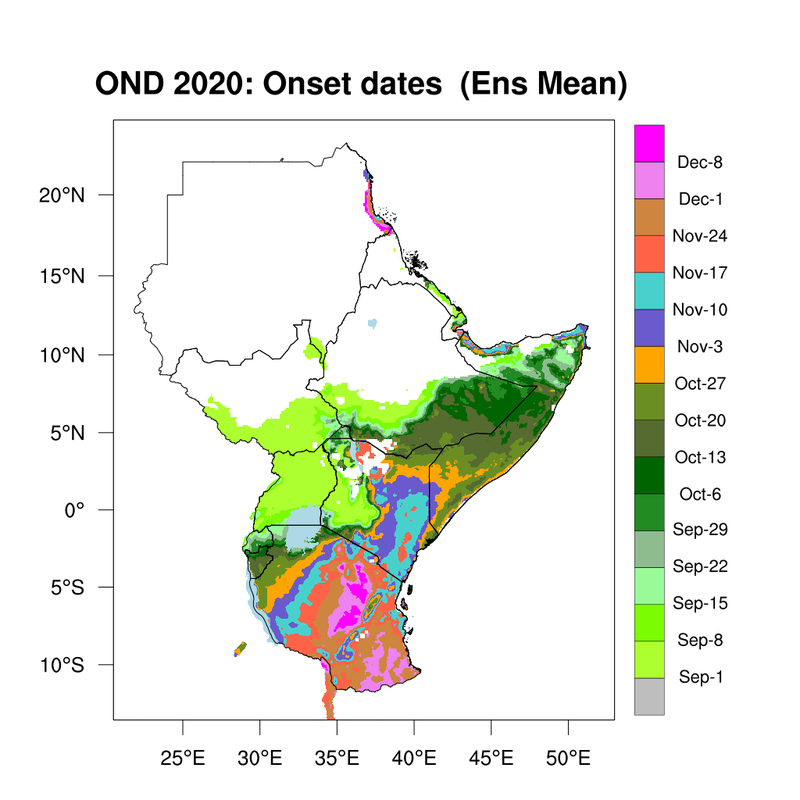 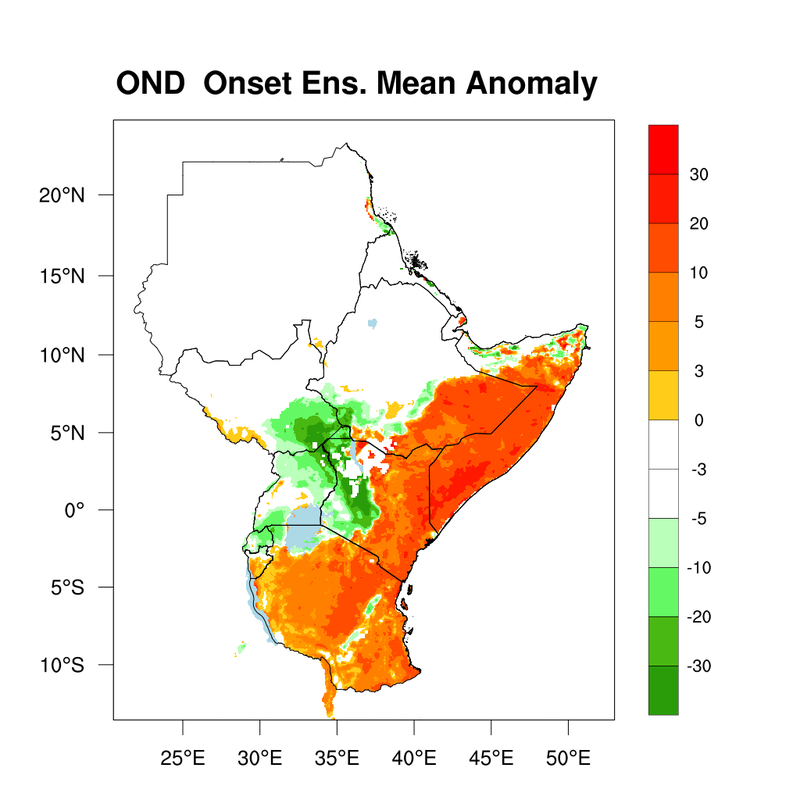